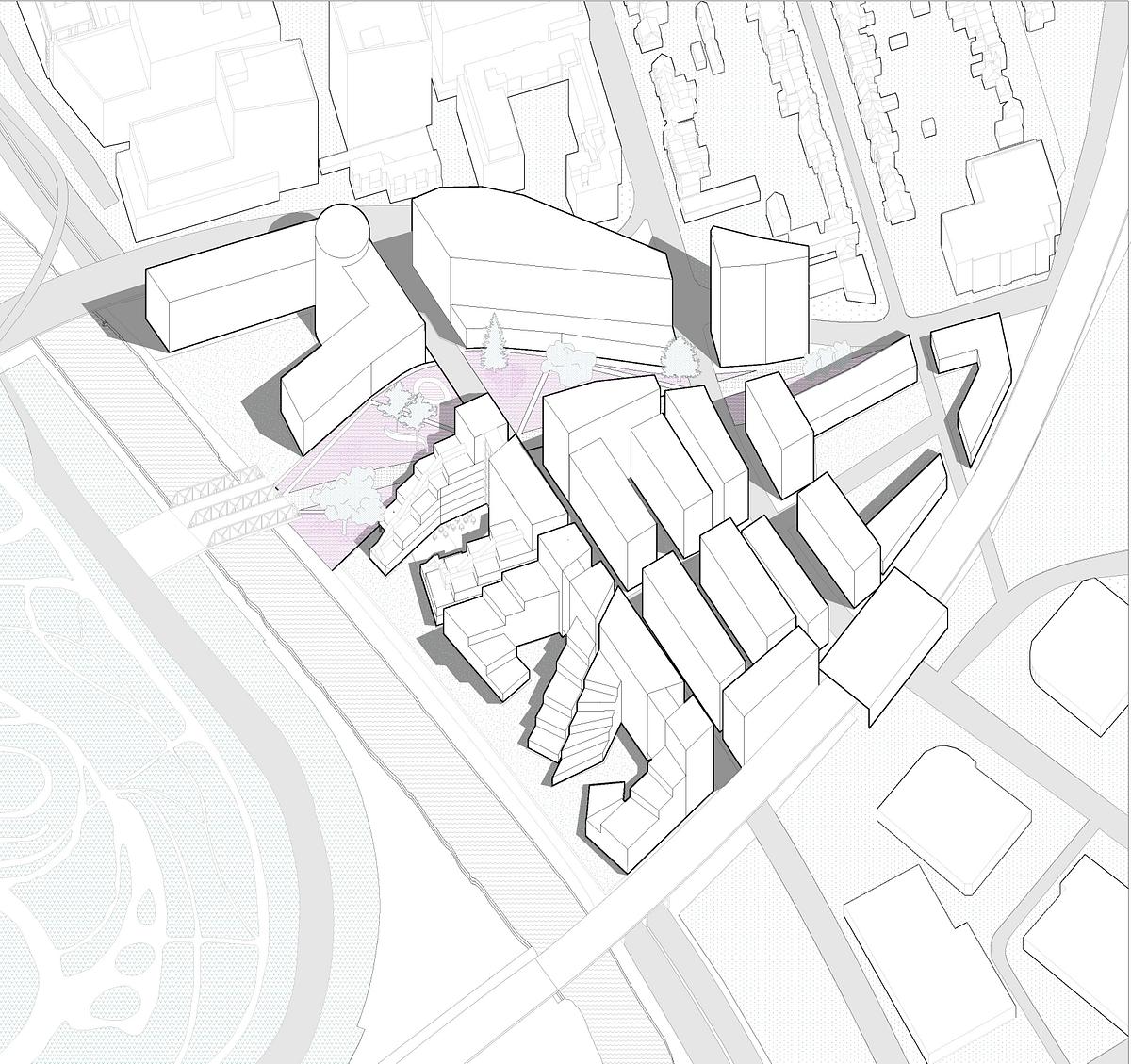 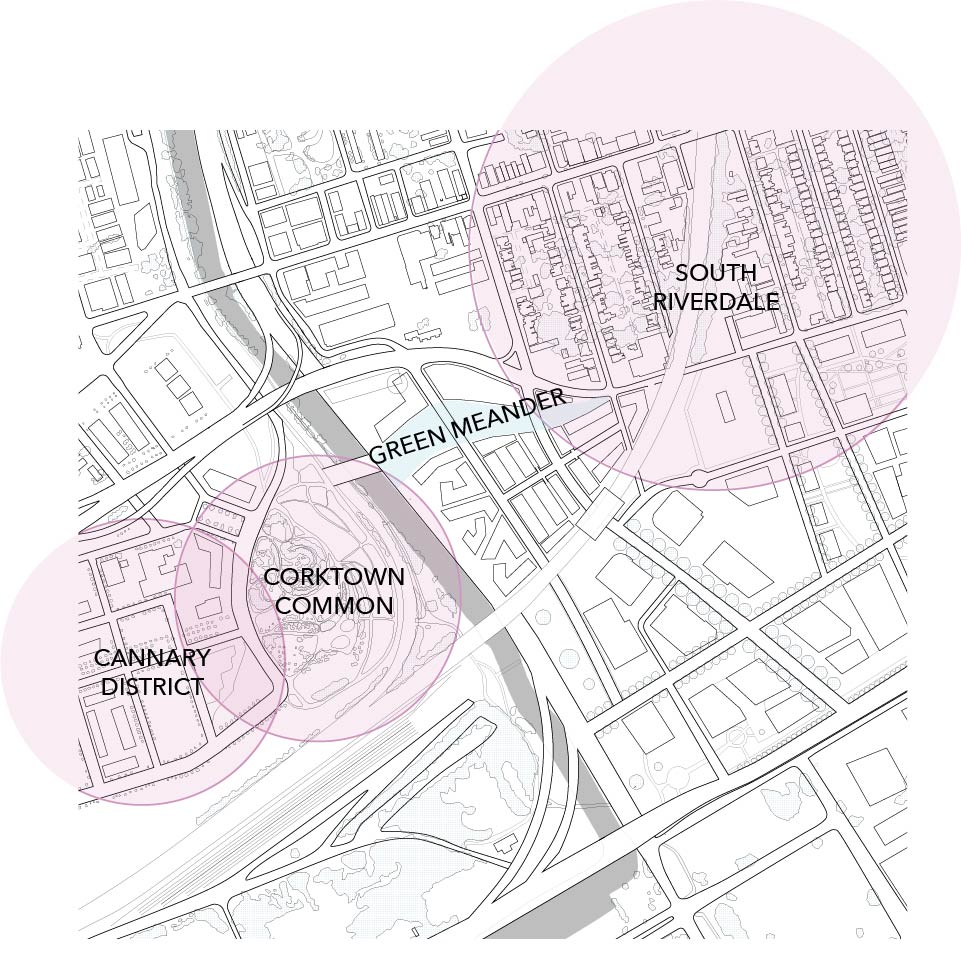 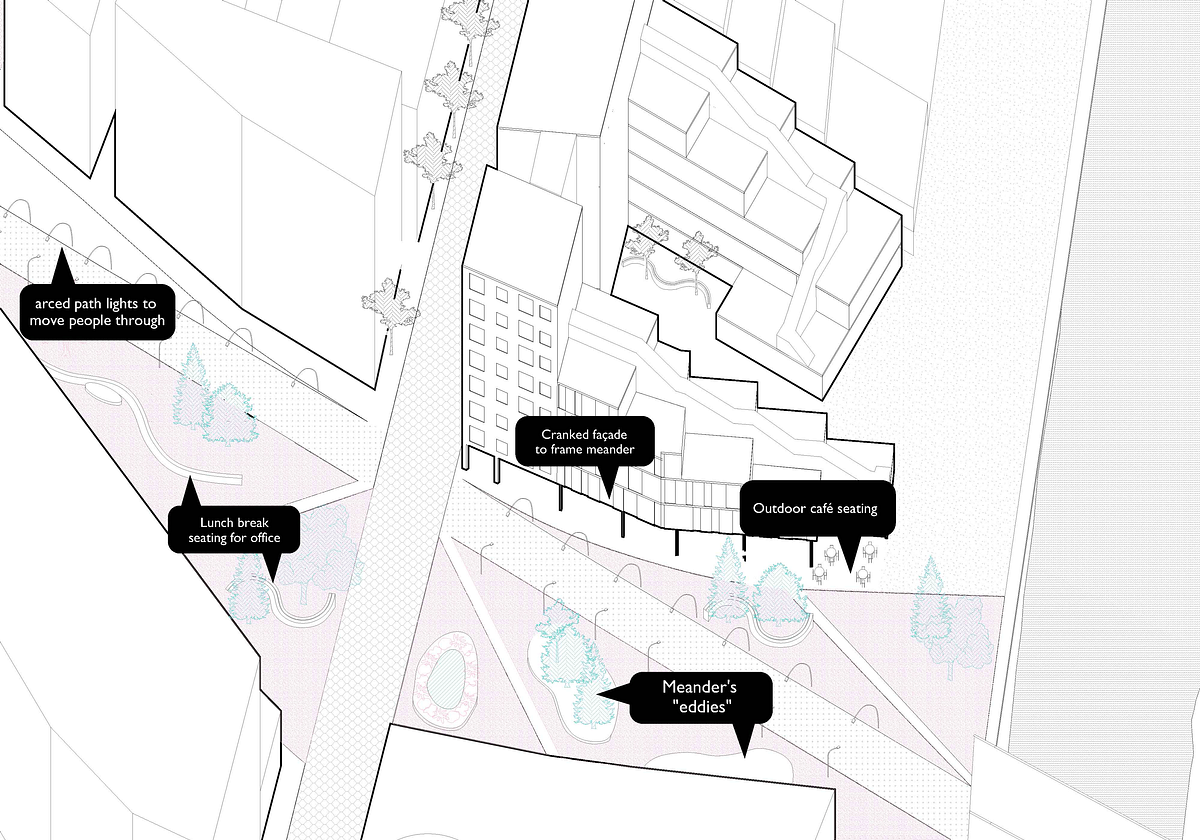 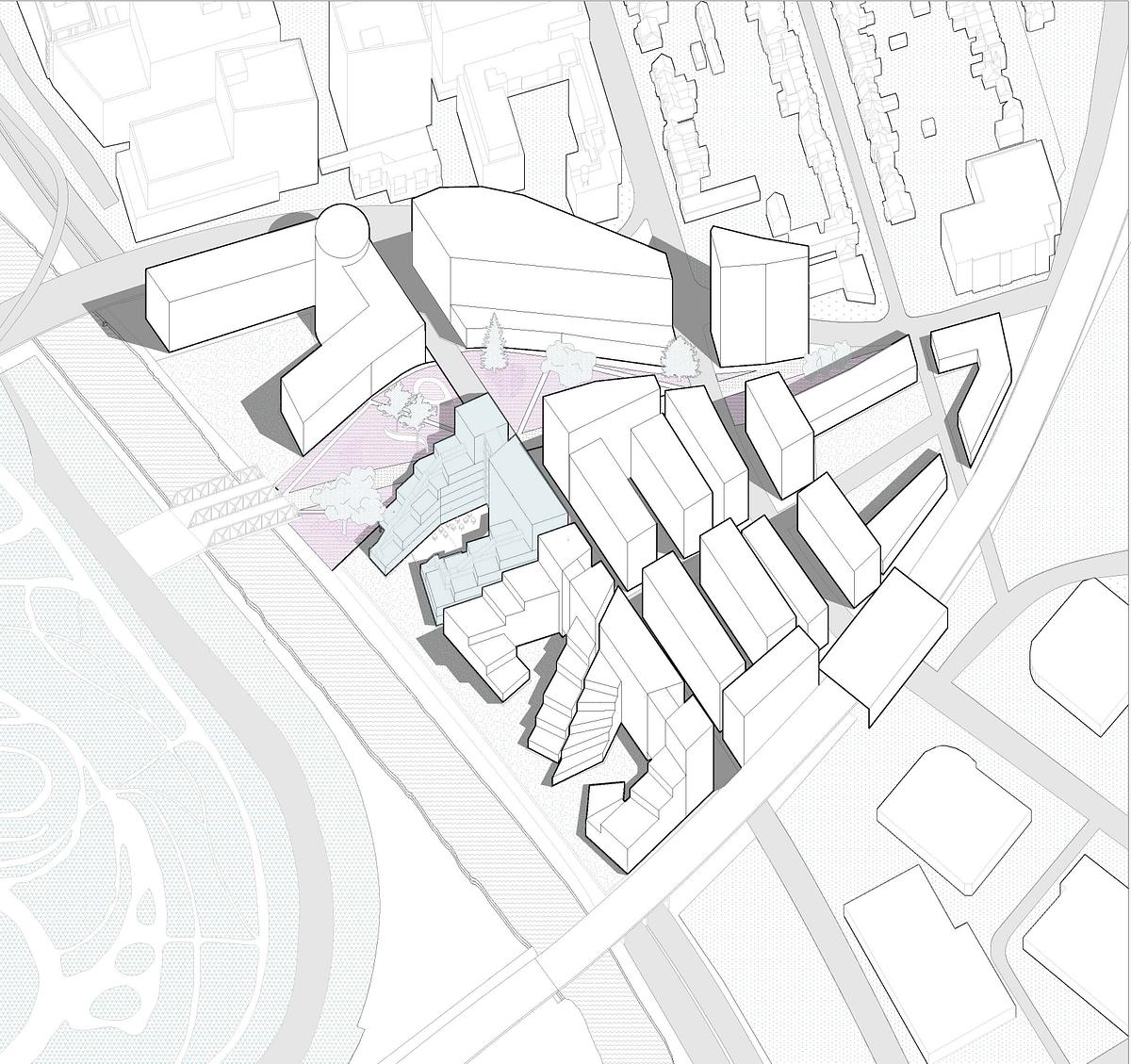 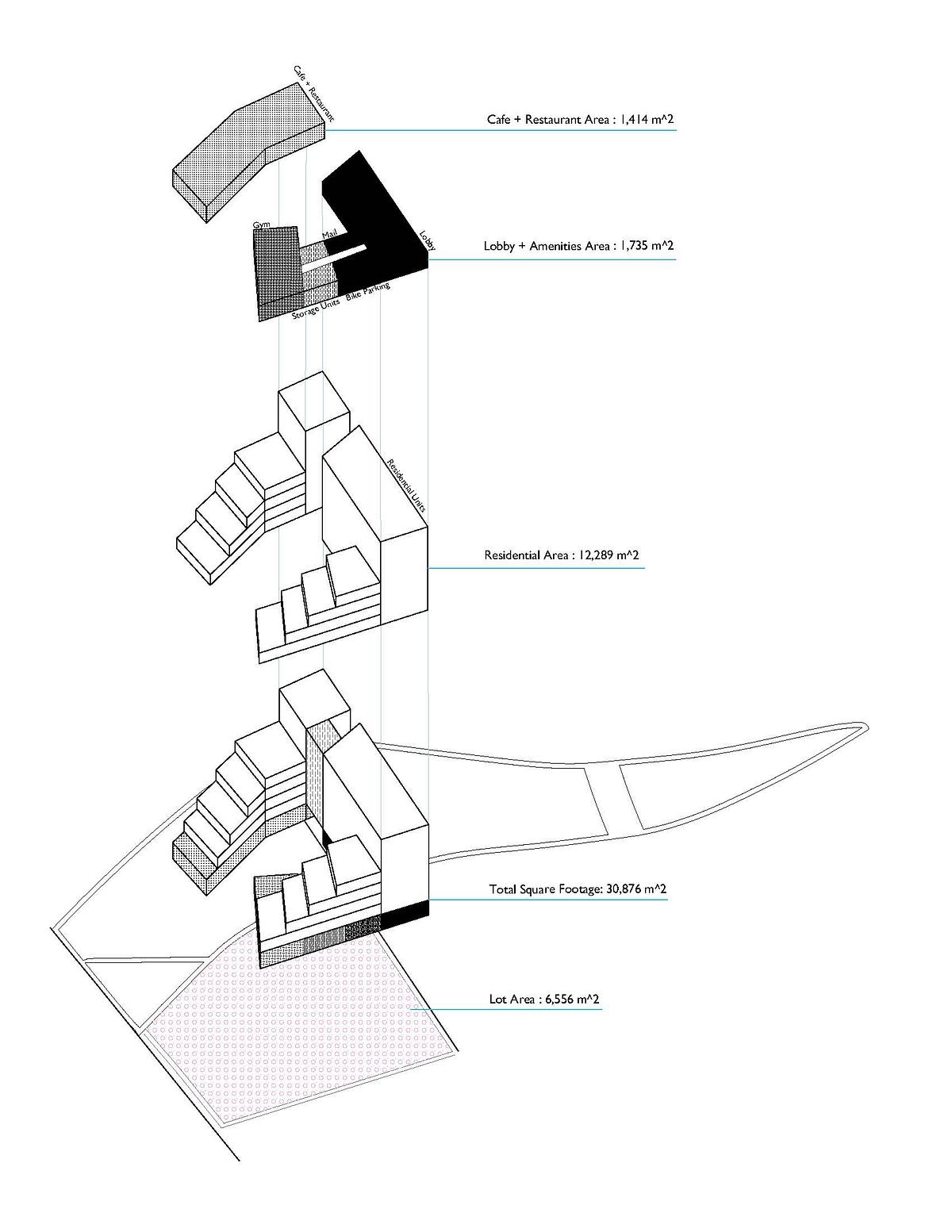 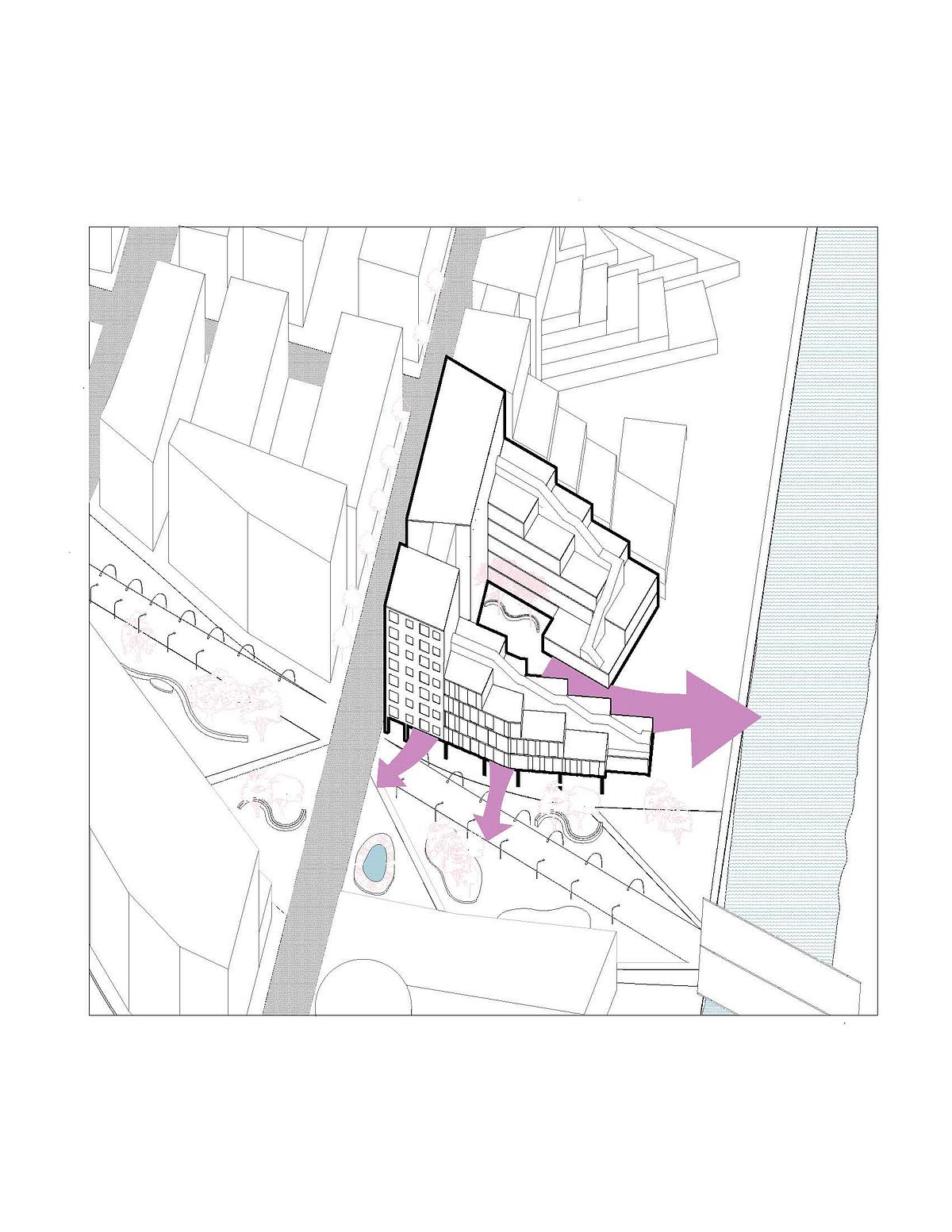 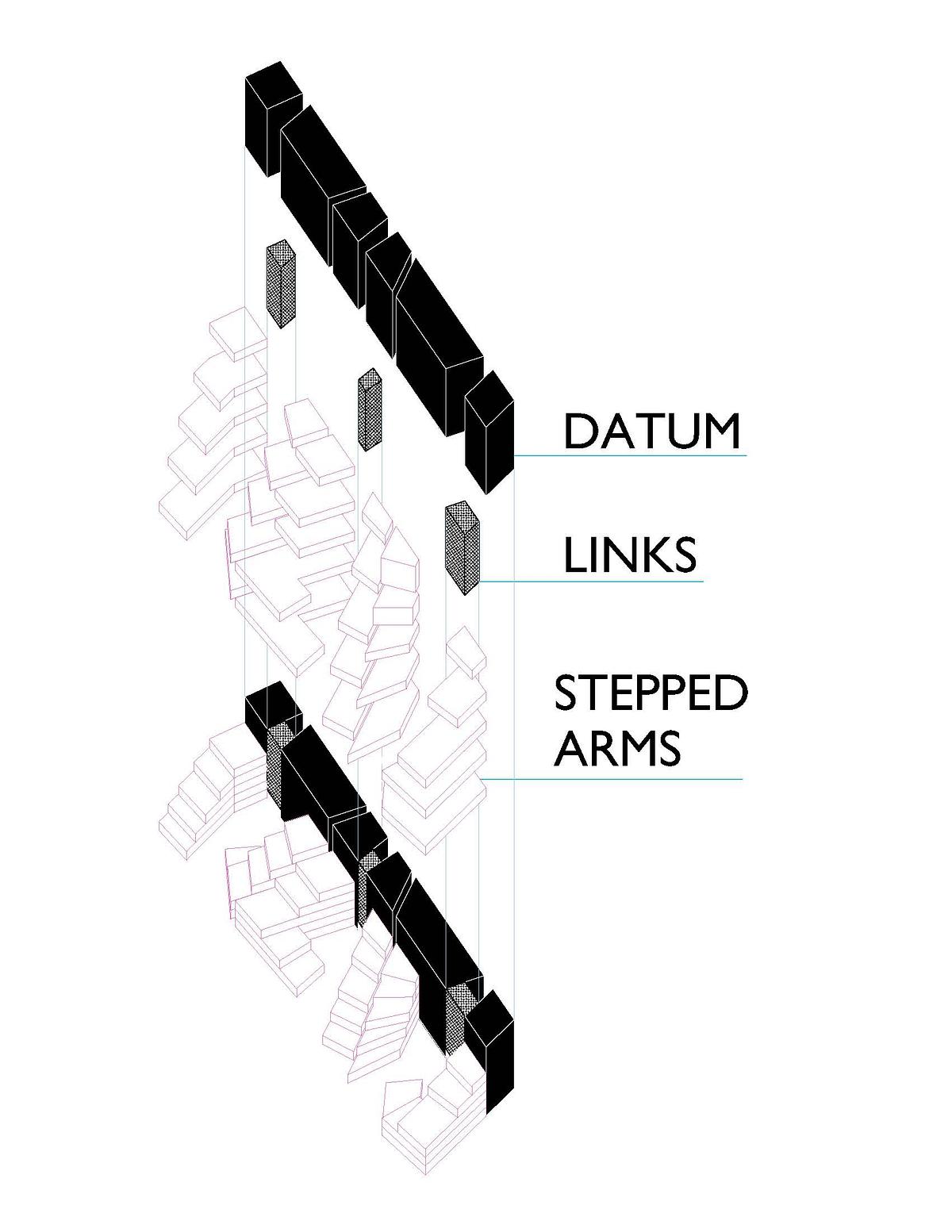 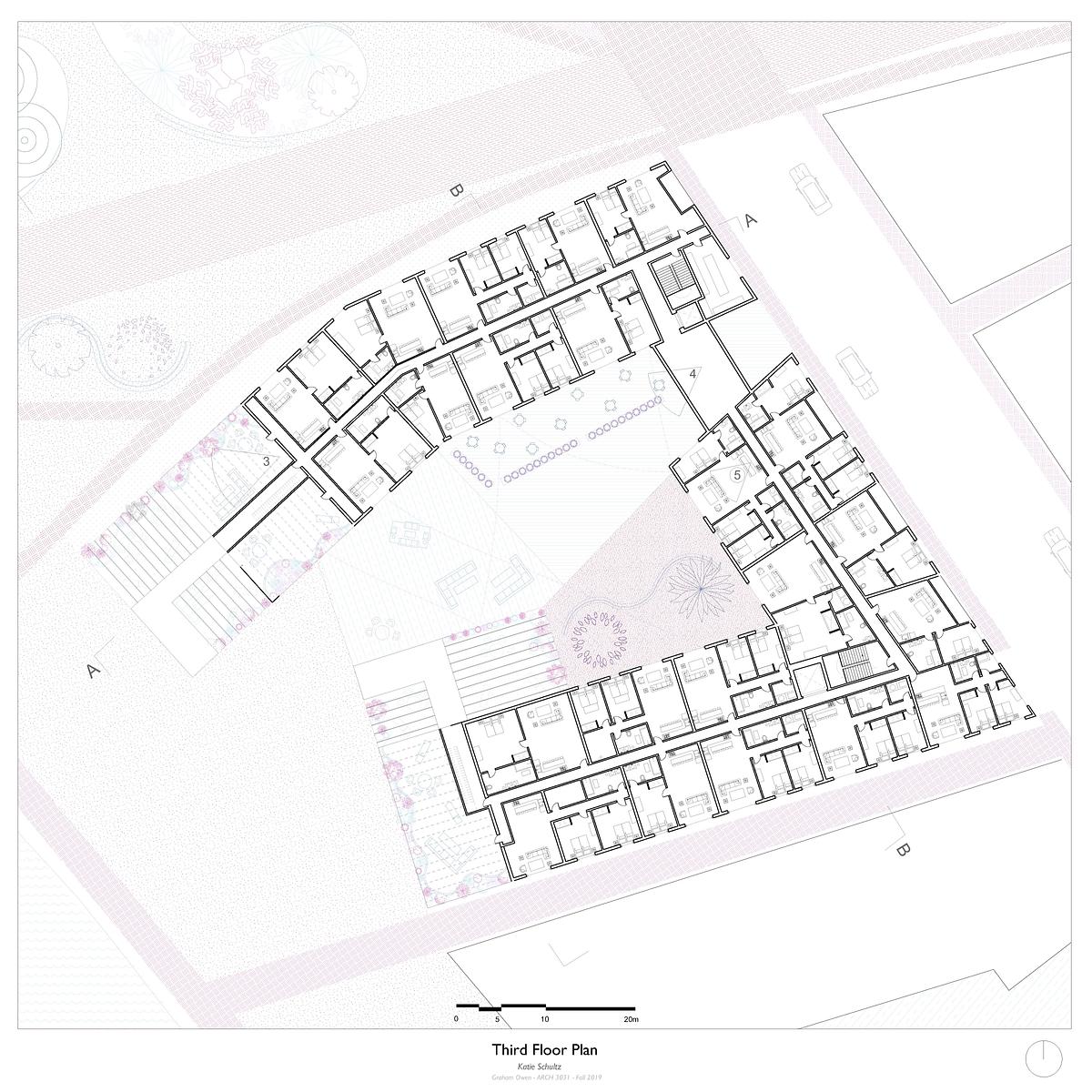 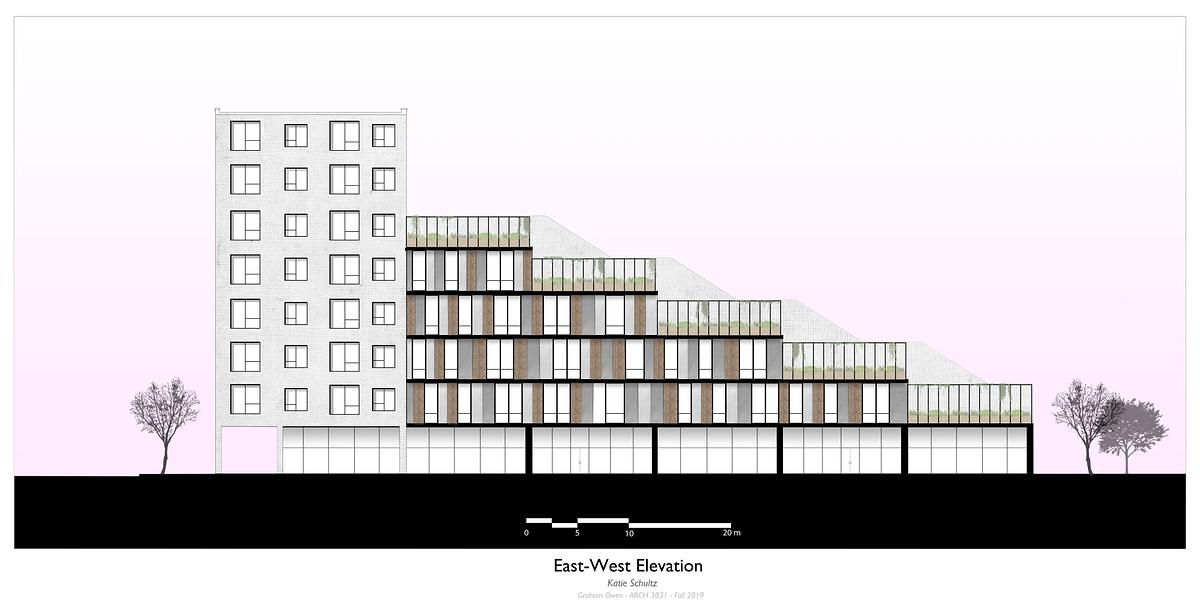 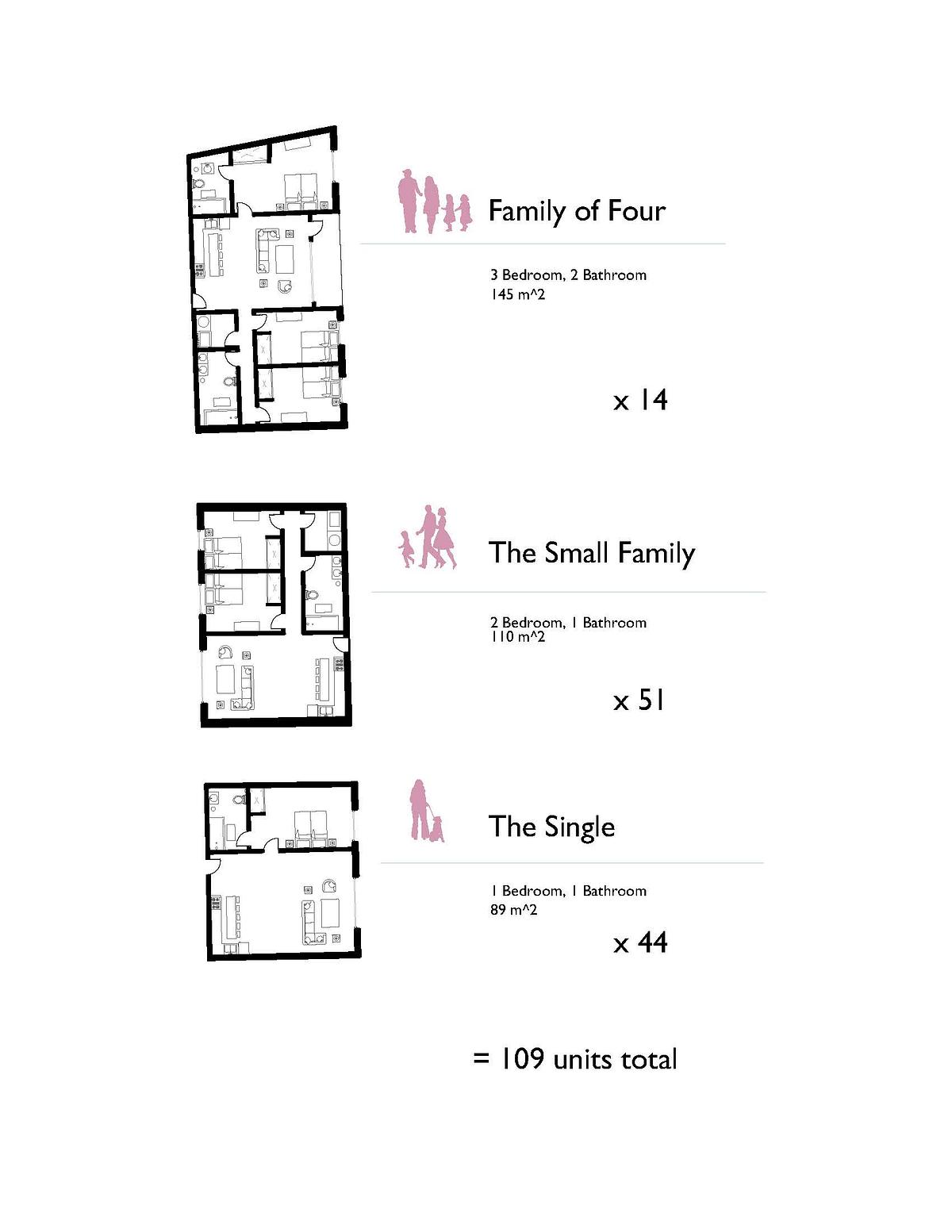 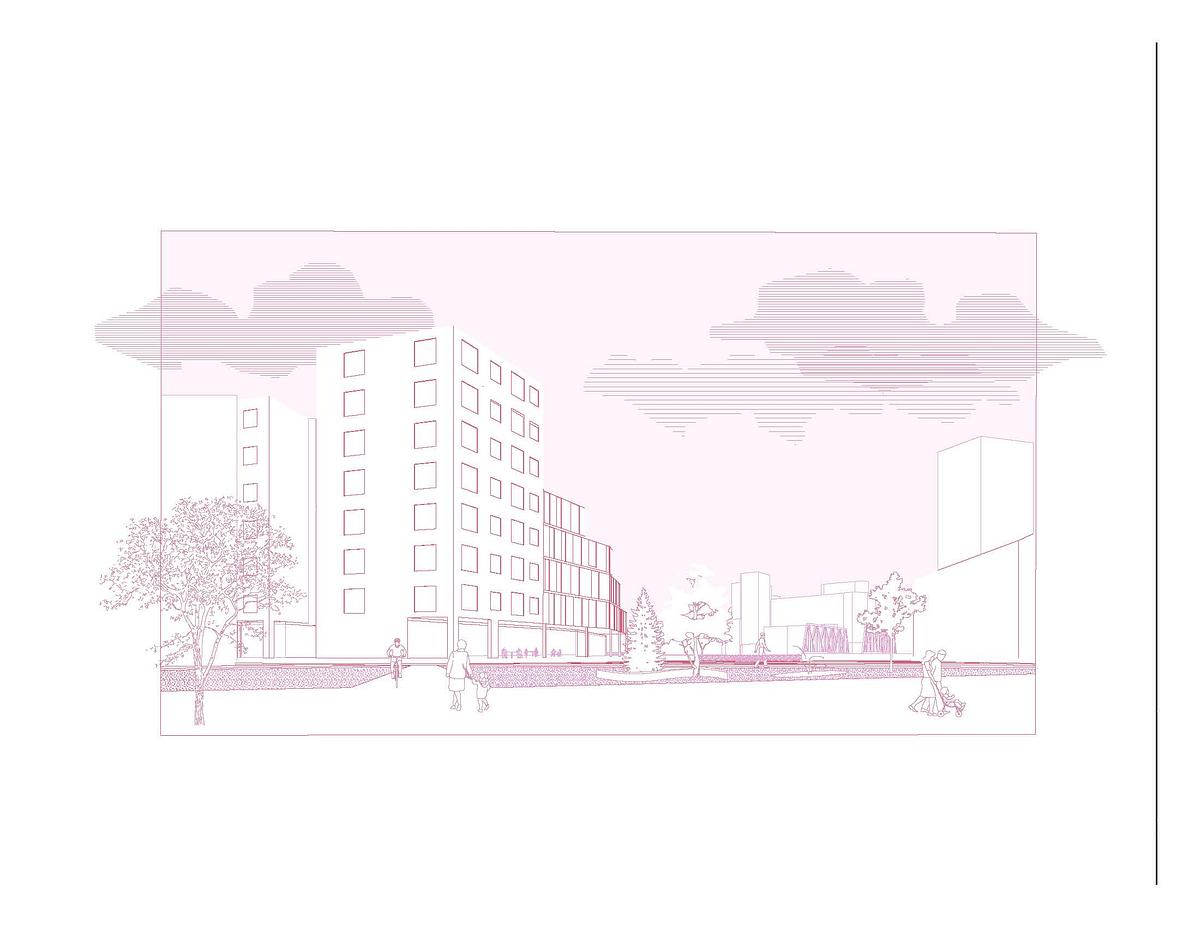 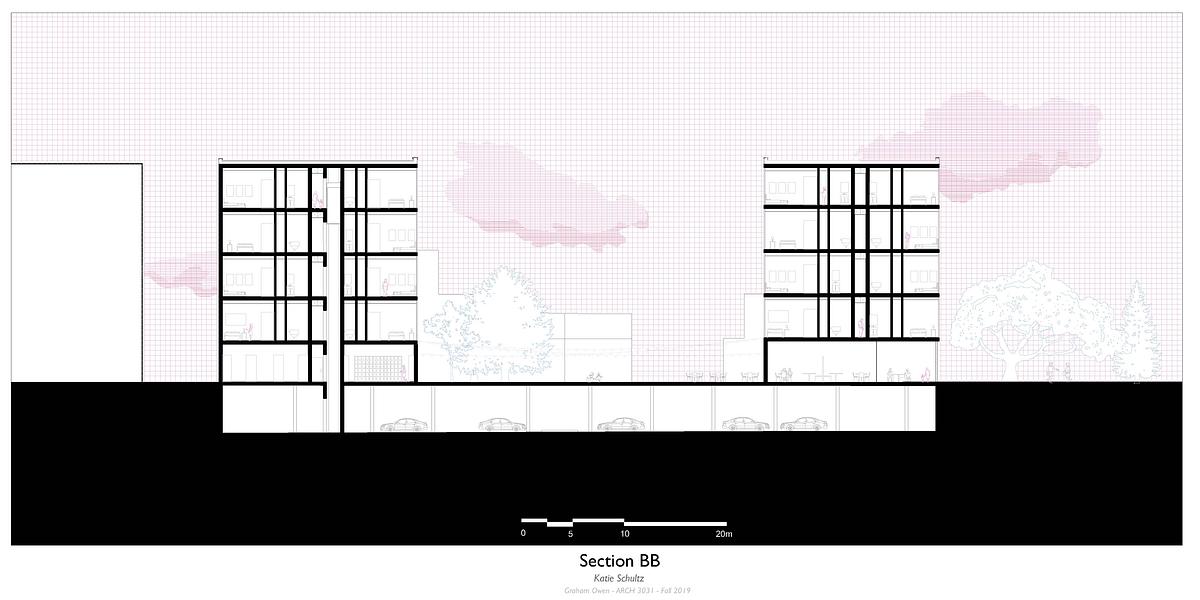 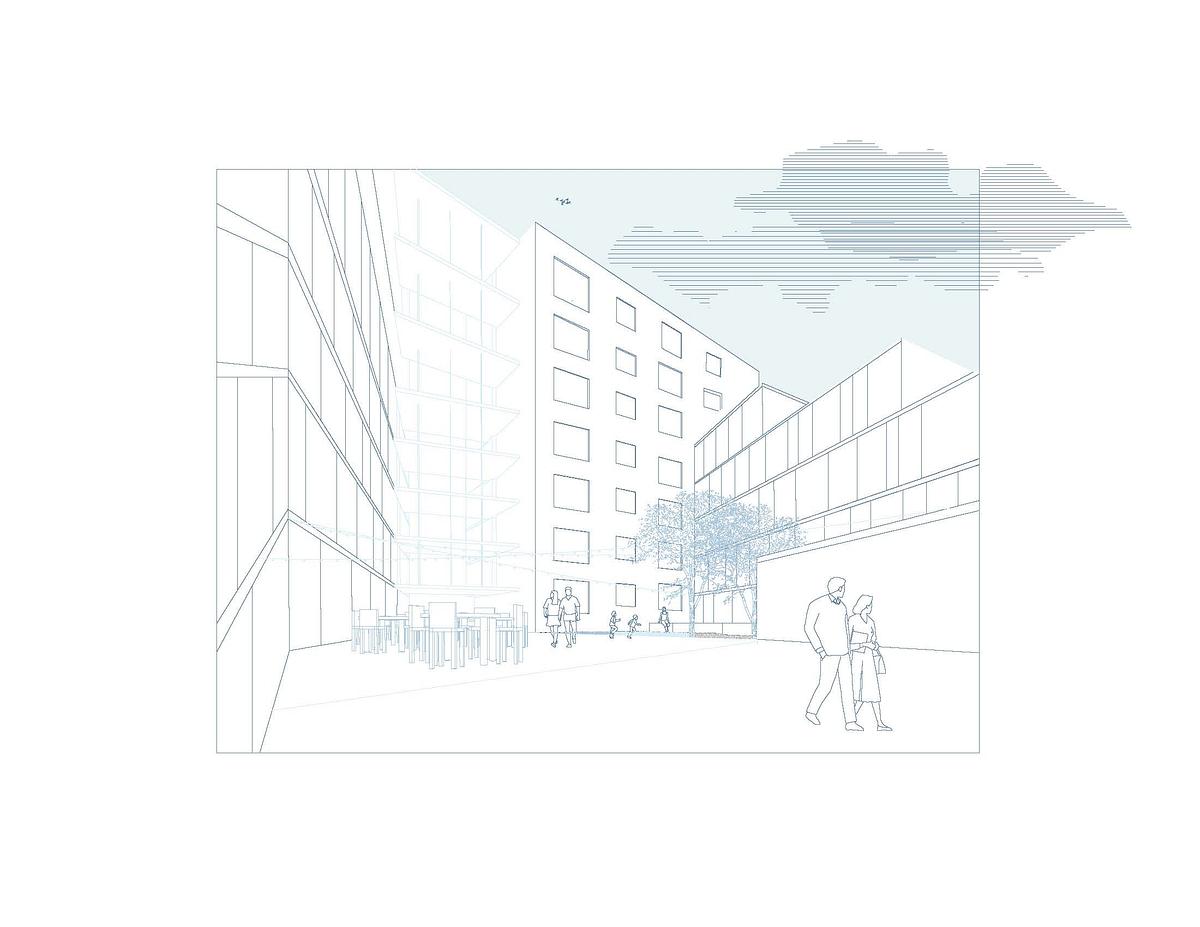 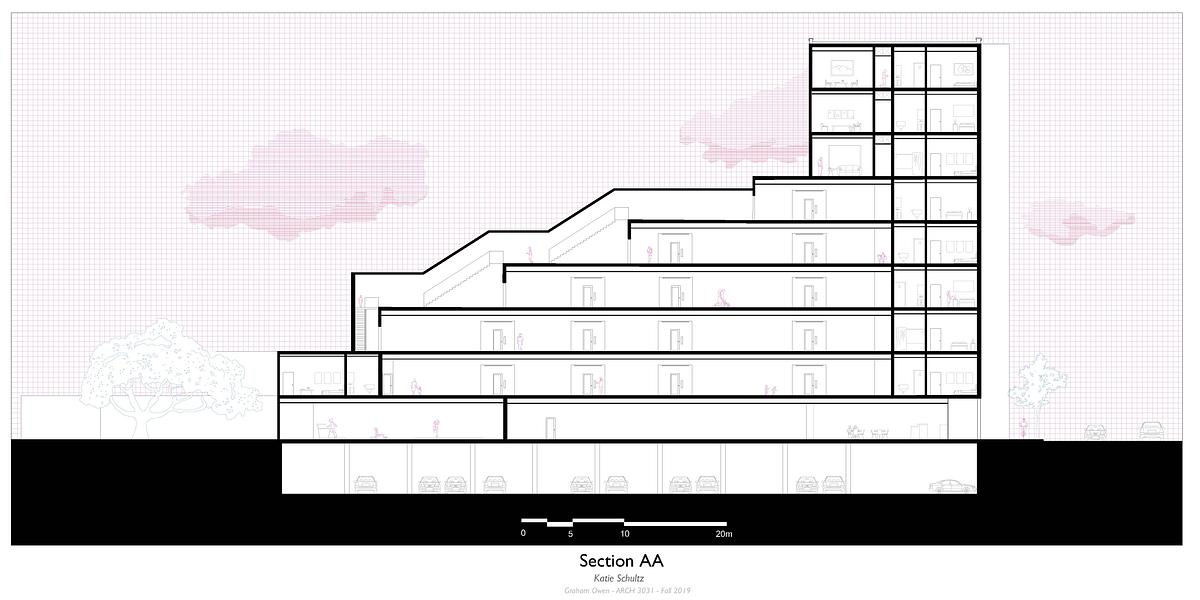 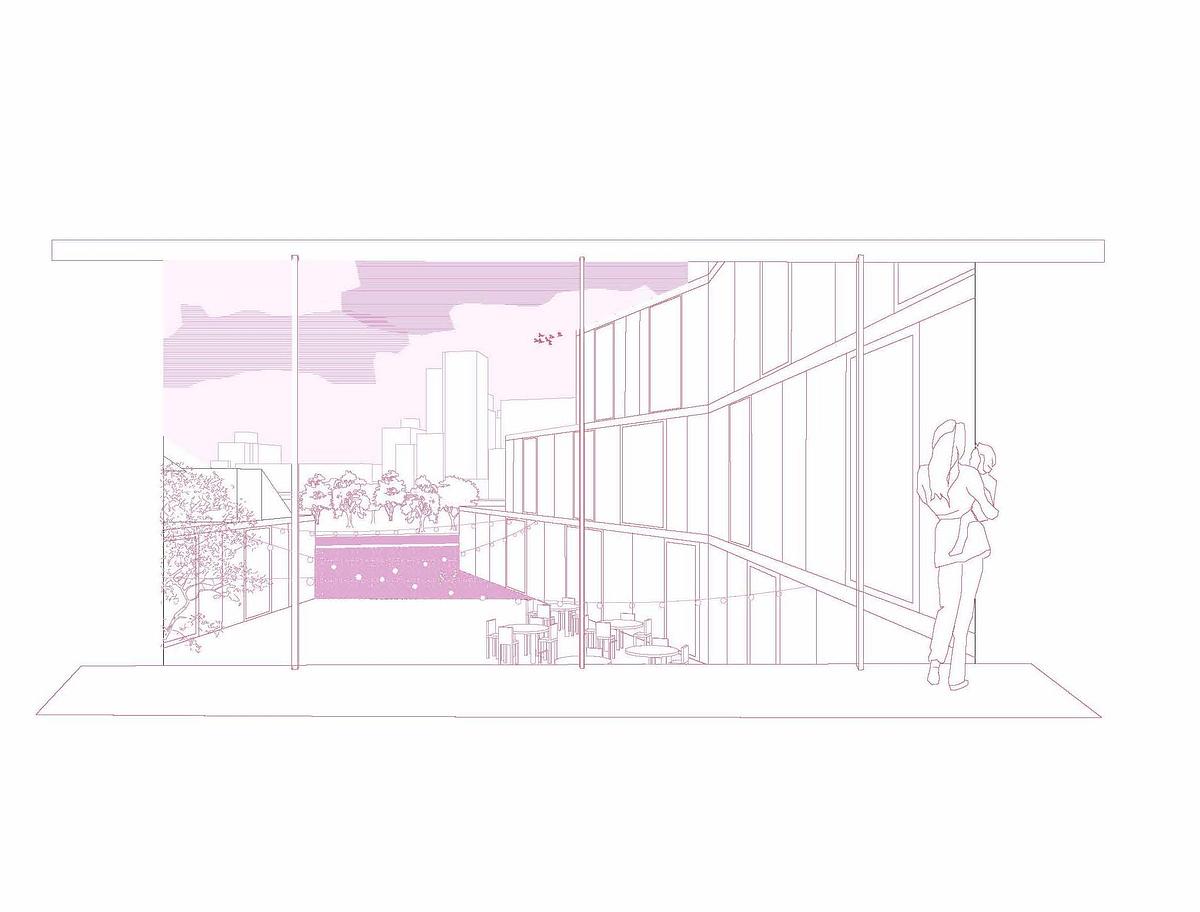 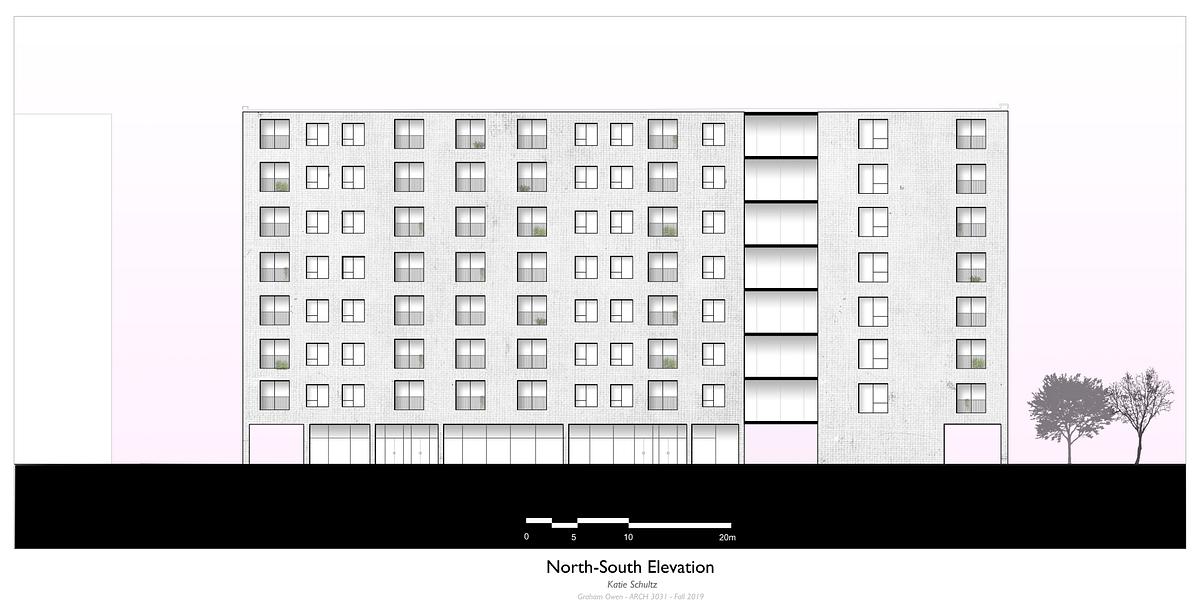 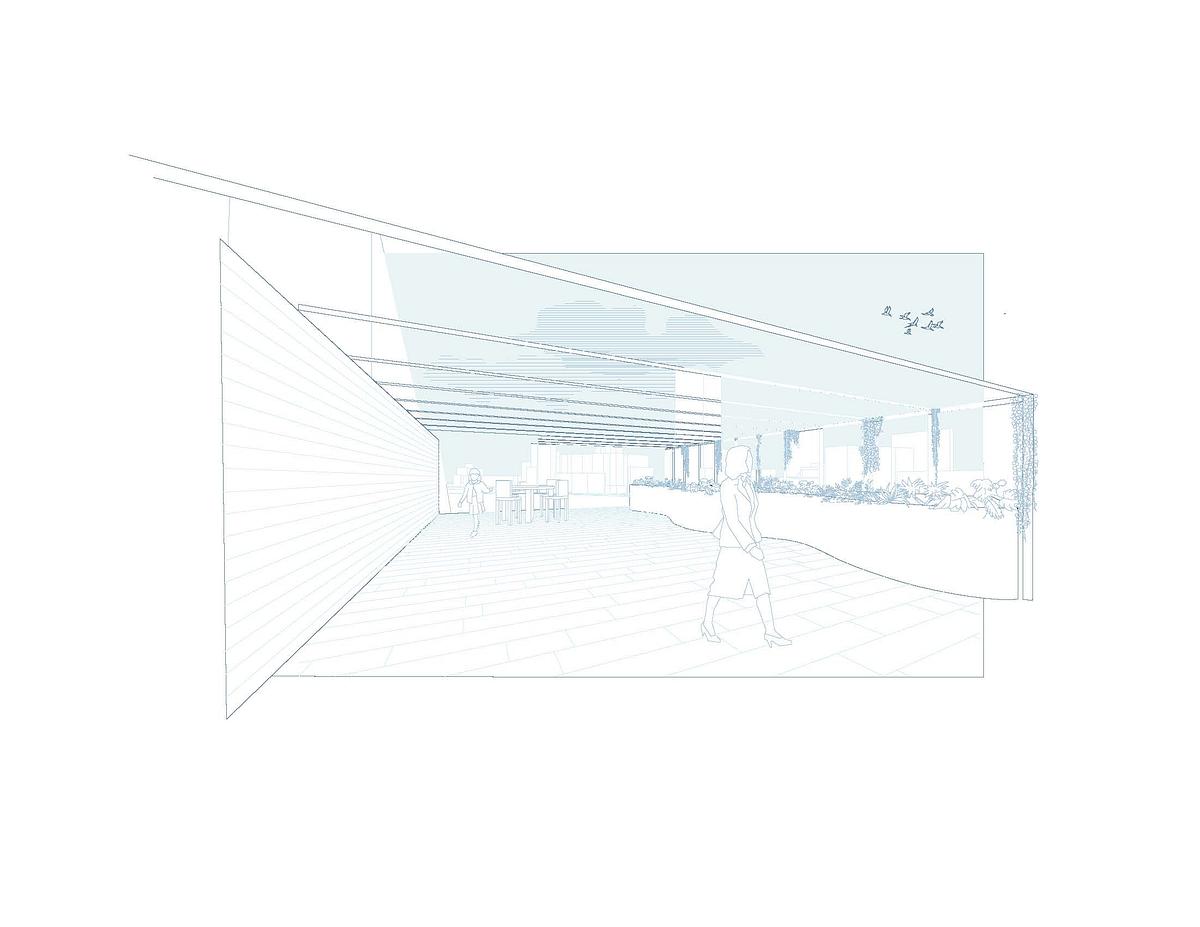 This project began with the design of a master plan in East Toronto. The site was located to the East of the Don River in between three distinct zones: a historic single-family residential neighborhood called South Riverdale, a newly developed area with mid-rise condos called the Canary District with direct access to a large park designed by Michael Van Valkenberg called Corktown Common. The existing site consists mostly of hardscape parking lots and car dealerships.

The goal of this master plan was to design a connection between these two communities, giving those living in the historical South Riverdale neighborhood access to Corktown Common. This was achieved through the design of a “green meander” through the site which contained pedestrian paths over the Don River to the park as well as amenities to activate the meander, such as outdoor cafes, a splash pad, gardens, etc. The architecture in this master plan seeks to orient itself towards the green space as to frame the meander. The green meander provides continuous bike and pedestrian access from the neighborhood over to Corktown Common by revitalizing an existing bridge that is no longer in use.

The next step of the project was to design an individual building on the site. I chose to design a mixed-use residential building along the river which framed the green meander. The program included a cafe activating the meander, a courtyard oriented towards the river, occupiable roof terraces and gardens, as well as 1, 2, and 3 bedroom residential units. 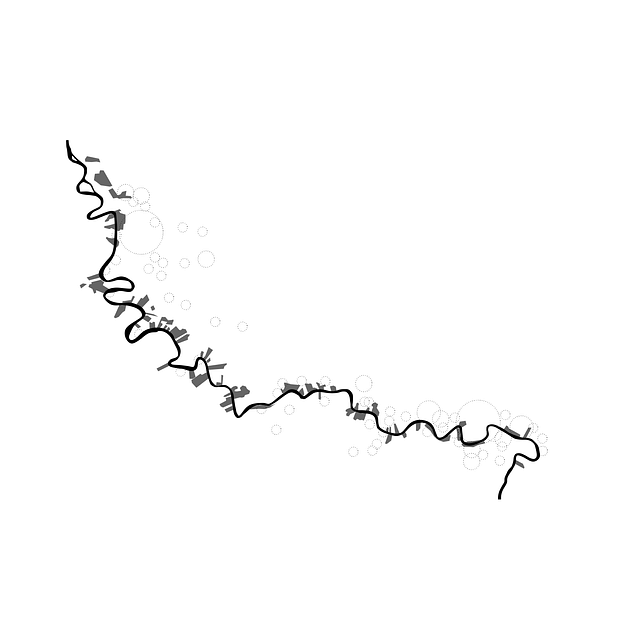 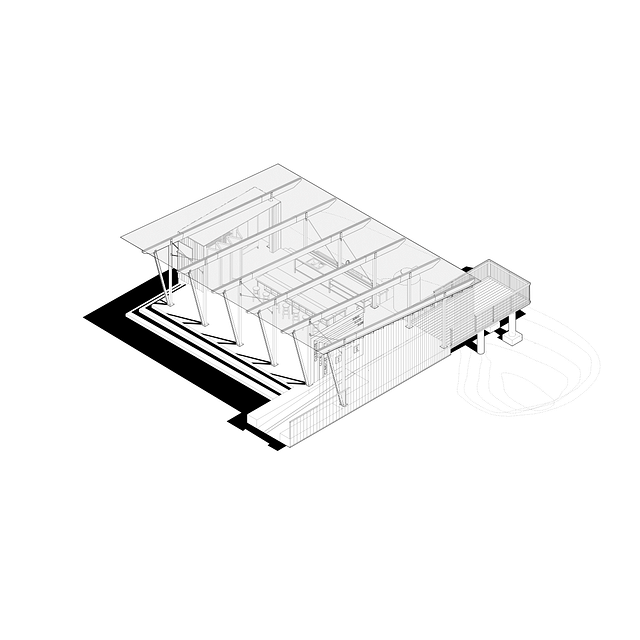 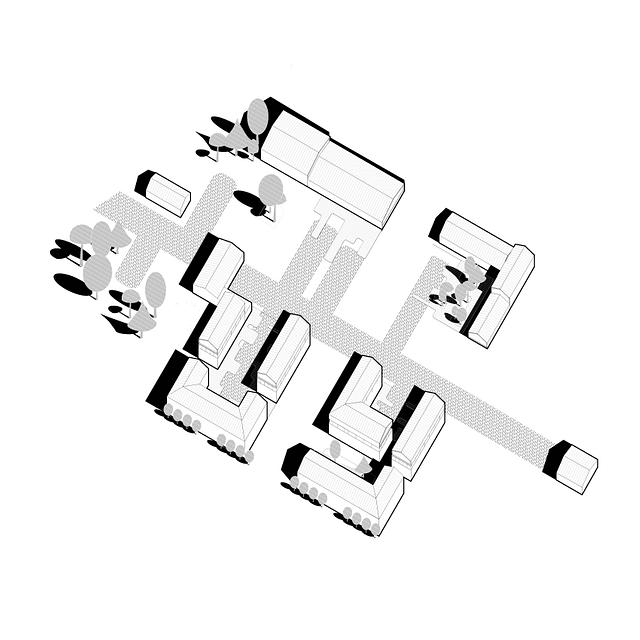 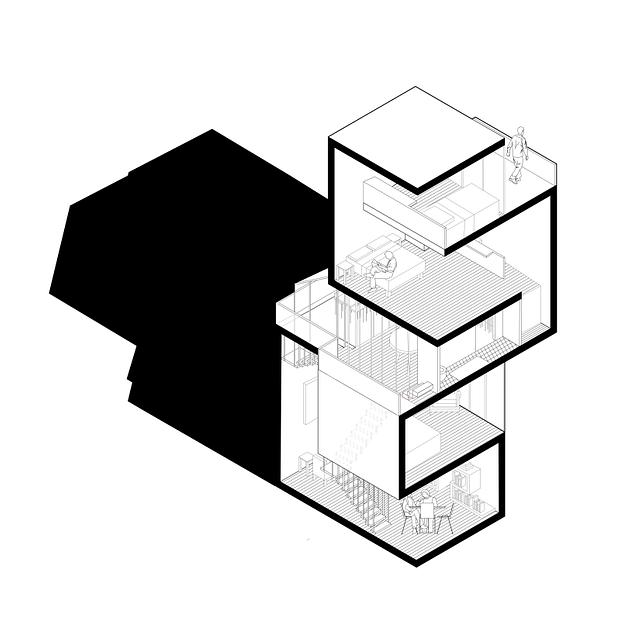 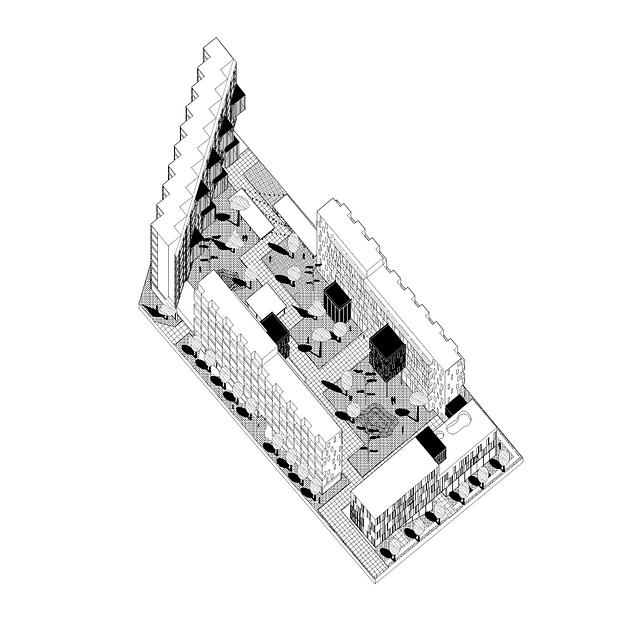 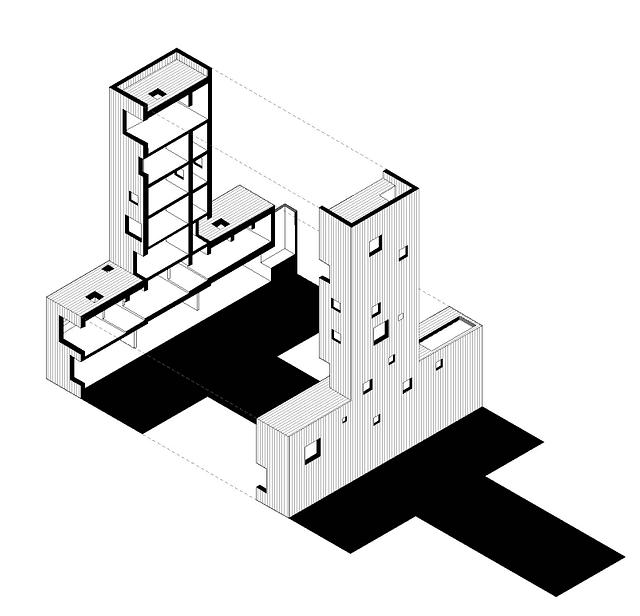 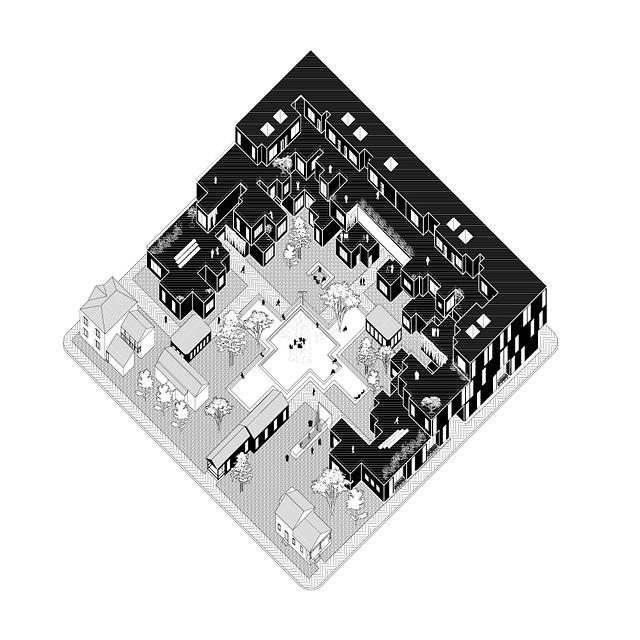 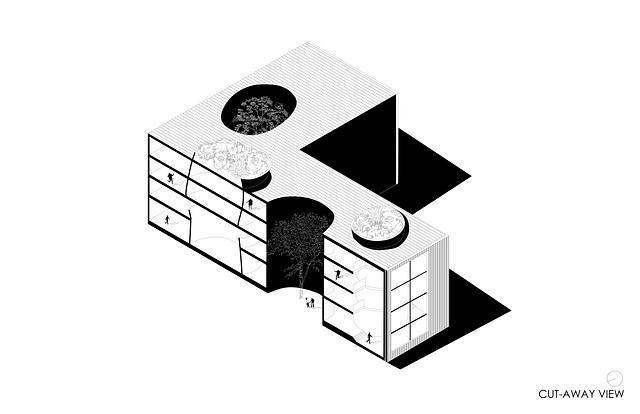 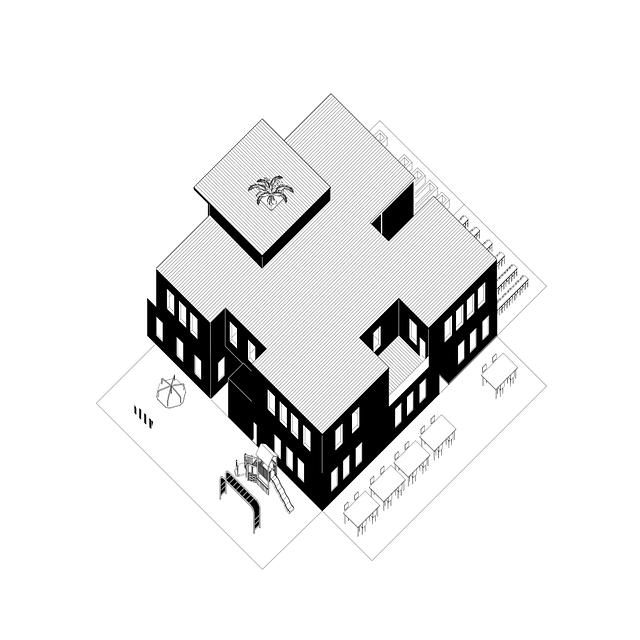